Lawerence A. Katz has been with the firm since its inception and has held a sub-specialty in appellate law for over thirty years.  In that capacity, he has successfully briefed and argued cases before the United States Supreme Court, the Pennsylvania Supreme Court and the Third Circuit Court of Appeals as well as numerous other state and federal appellate courts.

Most recently, he successfully thwarted the efforts of the Southeastern Pennsylvania Transit Authority (SEPTA) to have its railroad workers covered by state workers’ compensation laws rather than the protections afforded by the Federal Employers’ Liability Act (FELA).

Examples of Mr. Katz’s successful appellate work on behalf of the firm’s clients can be accessed here. 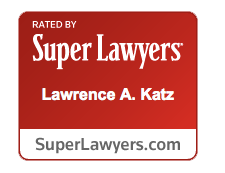